The State of Mind in Sales and Marketing

I have learnt the importance of having a Creative and Positive state of Mind in the field of Sales and Marketing. Someone asked me one day, how did you achieve all the success that you've had in the companies that you've managed and my quick response was, "I used Creative Visualization. " This would entail using what they call the D quadrant of the brain that I have described here.

You see, I believe that in everything we do, we must have seen how somebody else did it before or we have imagined it in our minds in picture form how it should be done. Once you have that picture in your mind, you will eventually turn it into words and action, words because it will allow you to become more detailed in describing the process of how to achieve what is to be acted upon either for yourself or your team. Obviously, the team cannot read the picture in your mind, nor can you make what you imagine become a reality until you can describe the process of how you're going to achieve it line upon line, precept upon precept.

Last but not least, a Positive Mind is required to carry out what is detailed without knowing in advance if it will bear fruit. If the Creative thinking was strategic enough to lay out the plan, Positive thinking is the partner to provide the energy to carry out what is required to reap the success of the outlined plan. Thus we need to Plan our Work creatively and Work our Plan enthusiastically! Remember, only Positive thinking provides the energy while Negative thinking sucks it up, fills the body with chemicals to make us become lethargic and even depressed as the mind sees only fear, blame, shame and self-justification.

Below are two success stories of how I helped two International Sales companies take off successfully from ground zero described firstly in pictures only and the second in pictures and words for those interested in more details :

PROJECT 1 in pictures only

PROJECT 2 in pictures and words

I live to think that my leadership has greatly contributed to helping the country of Malaysia be ranked in the top 10 countries in the world today for the direct sales industry.

The first is a speech from me to a crowd in the USA on my 4th trip to the USA, part of the over 25 trips I have later made to this great nation:

Is there any relationship you perceive between the two other than the fact that he is my son and I am his father? Focus not about our achievements but on our mindsets. I never worry or focus about achievements as opposed as being on track to becoming the person you have chosen to be happy with when you leave this world before facing the next one if you believe that one exists!

In memory of David Phillips (3/7/1941 - 12/6/2018), one of the pioneer leaders in the direct sales industry whose name I have never forgotten not because he was a successful leader but because wealth did not change his character like I know how it has happened to many other sales leaders in the world today! For such men of dedication, integrity, and fortitude, his name is never forgotten by me and his enshrined here in my everlasting journals of our digital world!

I have embedded this post by Marilyn King who informed me of his departure on their American date of 6 December 2018 which I read in the morning of our 7 December in Malaysia, a country where he has visited in his lifetime: 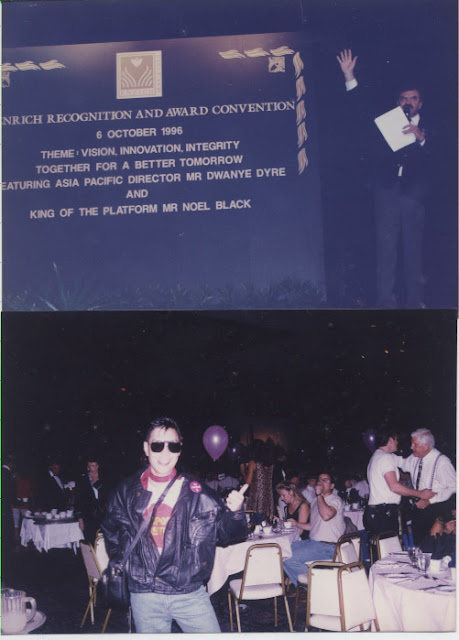 The photo immediately above is an event with a fancy dress theme in Las Vegas I was invited to attend organized by my US client company. 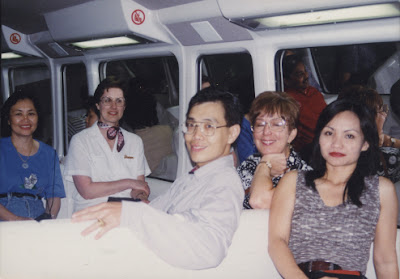 Marilyn is seen with me 2nd from the right with several friends in a public commuter train in Las Vegas.

I have added this remembrance of David Phillips to my Easter Memorial post of all whom I personally know or have spiritual feelings for.